Things I have learned about asynchronous communication. 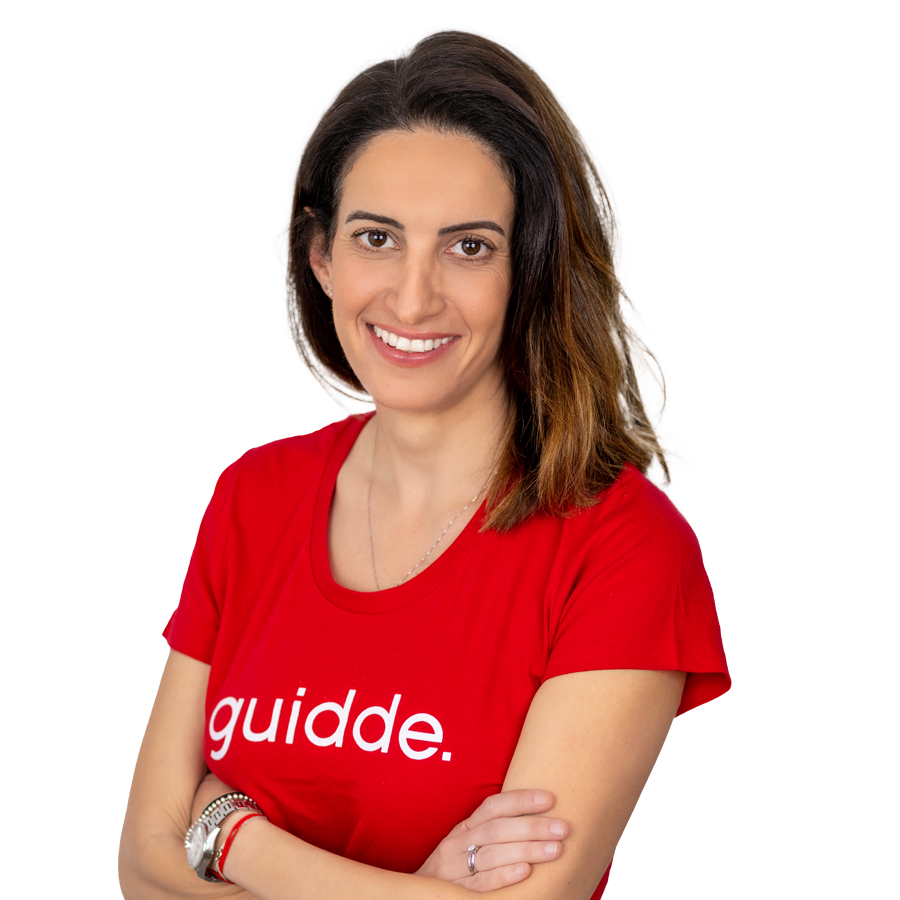 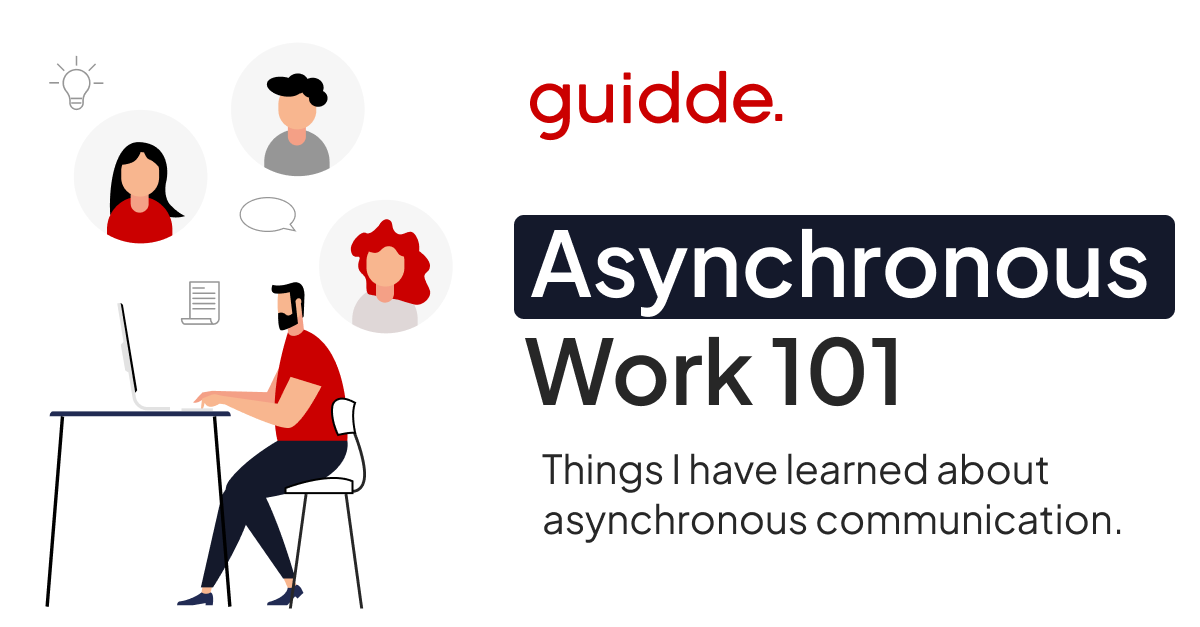 Working remotely has become a standard practice in most companies. It started with global companies and was forced onto the rest of the companies due to the new reality the COVID crisis created. Soon enough, companies realized that remote work has many advantages but struggled with adapting to the switch toward a new approach that relied mainly on asynchronous work.

I have worked in the past years in R&D teams in various companies, and I witnessed their struggle to adapt to this new reality. Now, it is clear to me that such a challenging transformation is directly affected by the ability of the management to accept it, deeply understand it and embrace a continuous learning approach.

In its essence, asynchronous work, as I see it, is a way of communication between employees. It enables the orchestration of work in a way that allows optimizing the waiting time between a task and its sibling blocking task. A good example of asynchronous work could be seen in restaurants. When a waiter takes an order he doesn’t stop working and waits for the kitchen to release it, but instead, he forgets about it and continues handling it only when he is notified by the kitchen that the order is ready to be served.

Asynchronous work is very efficient when the waiting time between the different tasks in a process is long and unpredictable.

The Asynchronous paradigm is better for companies that work remotely

When you work with your team in the same office and you have a question that needs to be answered, the waiting time is relatively short because the one who has the answers sits on the chair next to you and therefore the significance of the waiting time is low. The same situation becomes more challenging when working remotely or in different time zones, as it is unclear whether the counterparty is in front of its computer and when it will be able to answer. This extends the waiting time and makes it unpredictable. As a result companies that move to remote work have to adopt an asynchronous approach to optimize their processes.

In the following chapters, I mention different approaches that helped different teams I worked with ease the transformation into remote work by adopting an asynchronous culture.

Making all the knowledge resources your team needs easily accessible

Another good practice that I think works well is building a culture where the senior management encourages everyone to share their knowledge and takeaways after every task and share them with the rest of the company.

For example, whenever I get a new question or a task that might block other members of the team I use the icons to communicate that I’ve seen the message so they can move to the next task. I also set a reminder that aims to remind me about it after 10 minutes in case I forget.

For asynchronous tasks to be efficient they should be clear - otherwise, it will take a lot of back and forth messages between your team members to get to an answer and this will make the waiting time longer. One of the most important aspects is to work with your teams on how to communicate different messages with others. In Guidde, we communicate these messages between our team members with bite-sized videos. Whenever the owner of a feature publishes it, we record a short video that explains the architecture used and the lessons learned while developing it.

For example, recently we released the playbook and playlist analytics feature which shows content owners who viewed a specific video in Guidde, their characteristics, and the parts they were interested in. After releasing the feature to the staging environment and before releasing it to production - my team recorded a playbook that explains the architecture, the data structures used, and the general overview of the flow from the collection of the data until the display to the end-user. We then divided it with the Guidde’s chapters tool to bite-sized videos and communicated each chapter with the relevant personnel. The next day we found out that the marketing and customer success departments created a video and feature documentation to be communicated to the customers without having to initiate a zoom meeting with us to understand how the feature works.

Guidde was built with Asynchronous communication in mind

Guidde was founded and built during COVID and thus it was founded with asynchronous communication in mind. Now, more than ever, spreading the knowledge across organizations and allowing everyone to participate in its curation is very important.

Guidde indexes your knowledge and offers on-demand in-context knowledge and thus making all knowledge resources both available and easily accessible for all the employees.

What is more interesting is that this approach can be copied to other departments in general and to external communication in particular. We have seen that our customers are utilizing our tools to create an asynchronous communication channel with their customers. They reported that this approach significantly reduced the time needed to reply to their customers without giving up the quality of their responses.

‍If you are struggling with sharing knowledge across your remote team click here to try Guidde for free.

You might be eligible to join our Startup Program. 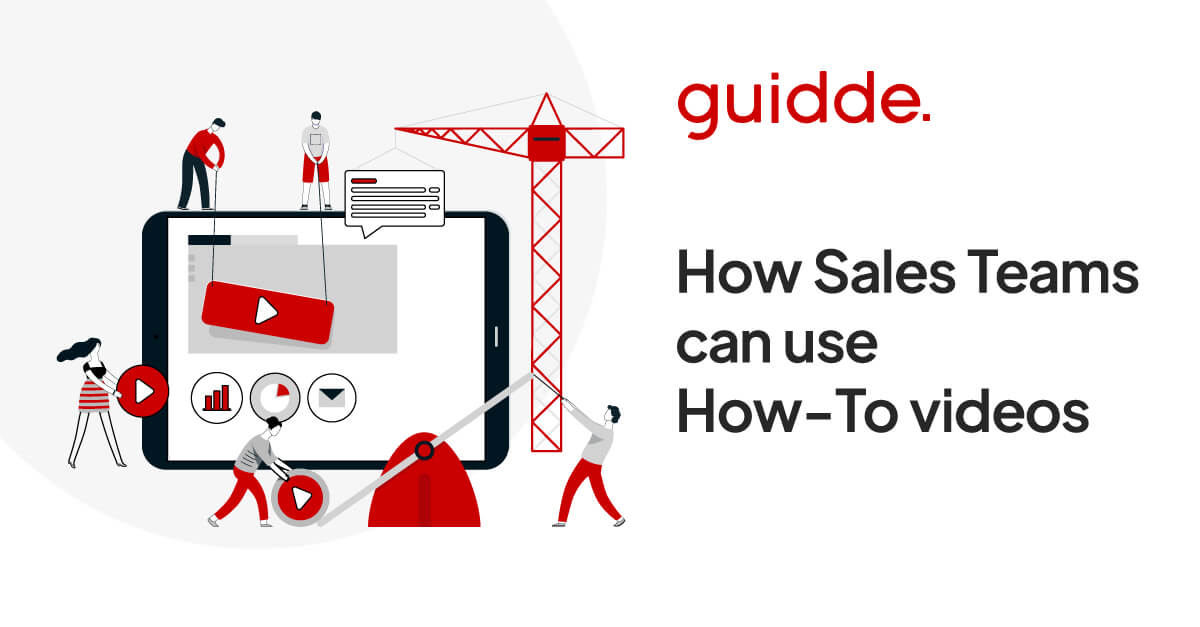 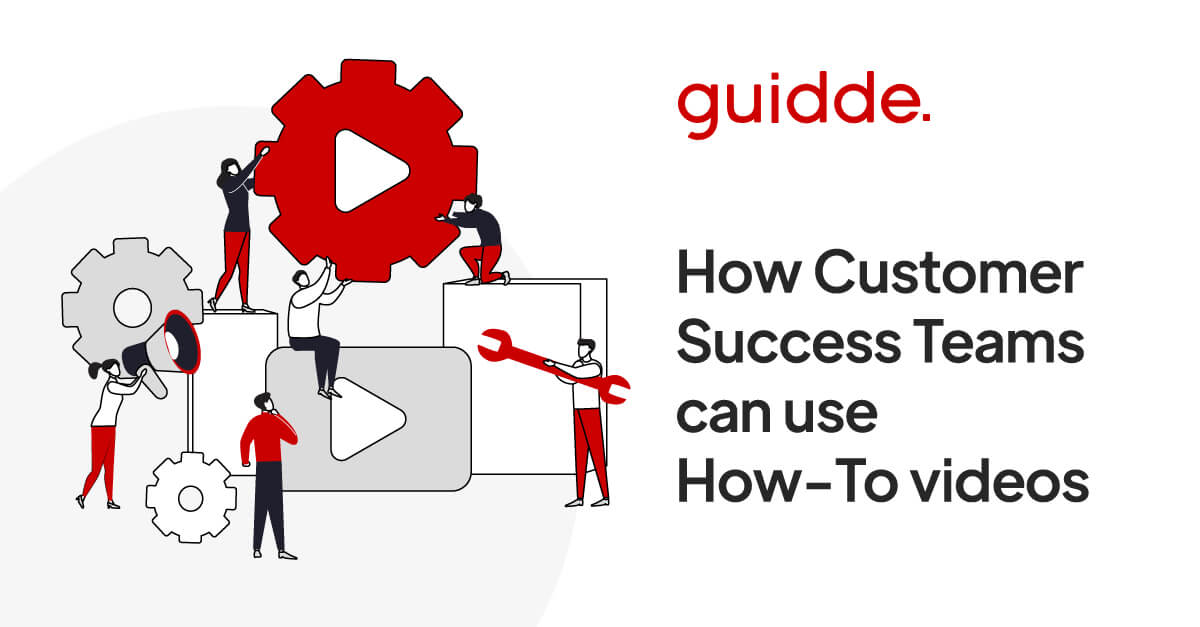 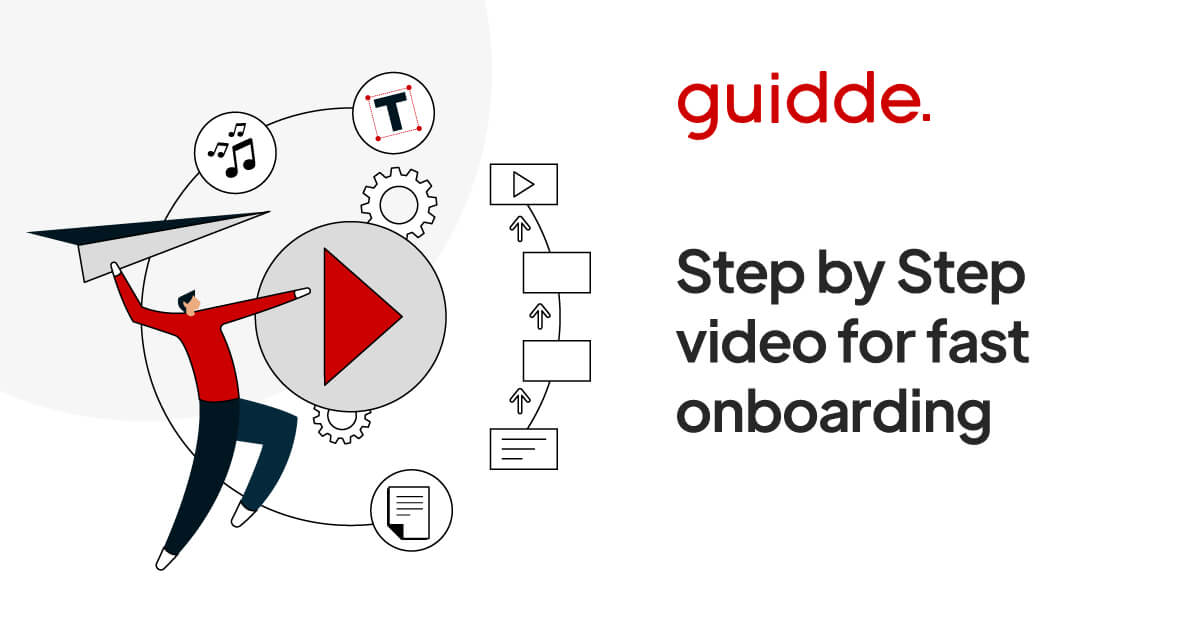